It's an advertisement for yourself to the woman who gave birth to you--but hasn't seen you since, or nearly so. She may have already searched for you and been unsuccessful. She may have contacted your adoptive parents and been told to leave you alone.

They may have even threatened her. Some first mothers have been in the the closet so long they are unable to reciprocate and refuse contact; be patient, they may change their minds in the future.

Even if they do not respond, they may keep the letter, and read it many times, and so you want it to make the best impression possible.

If you are writing to a sibling, unless you know differently, you need to assume that they do not know about you. If you have the name and address and phone number of your first mother, a call may be the safest and most discreet because you do not know who will see her mail before she does, and ask her who the letter is from.

And your very existence may be something she has kept secret. However, if you are going through an intermediary, you may have to write a letter; or you may simply choose to write instead of phone.

The letter may open feelings she thought she had buried.

Be friendly and honest, and not overly emotional. Yes, we know this is tricky. You will probably write the letter a few times before you are happy with the result. Keep it short--aim for two pages, no more. You also don't want to overwhelm her with this first communication. Write it by hand, rather than on a computer.

Just as a hand-written thank you note is preferred to a type-written one, a hand-written letter is a more powerful, intimate document than a typed one. Your handwriting, the paper you chose, even the type of pen you use--all give a sense of your personality, and may remind her of herself.

Include general information about yourself: You might want to say while you are searching at this time, as well as how long or short you have been searching. Put yourselves in your birth mother's head and think about what she might want to know, or what you would tell a new acquaintance you wanted to like you.

You can say that your adoptive parents were good people and that your growing up was generally a healthy, happy time. But don't go overboard here and talk about the pony you had or how you can't imagine a better "Mom" in the whole world.

Do include a photograph or yourself, or with your family, especially if you have children. Your mother or sibling may immediately recognize family resemblances, and increase the chances she will want to meet you.

If you have some physical characteristic that you have always wondered about, include that. Writing something like, "I've always been tall and played center on my high school basketball team," conveys both your physical information and a special ability.

Omit any difficult circumstances of your growing up. Your mother may have deep feelings of remorse and guilt over having relinquished you, and the point of the first letter is to establish a relationship. There will be time to share this unhappy news later. So leave out information such as, your adoptive parents were abusive, the adoption was terminated, you bounced around from one place to another, et cetera.Dear Birth Parent Thank you for taking the time to read about us and our journey to grow our family.

We are a loving, spiritual, creative and kind couple who have been together for 19 years and married for 18 years. Typically, this letter accompanies your Adoptive Parent Profile and is often the first thing an expectant/birth parent will read to learn more about you, your home, and your family. In this sense, your “Dear Birth Parent” letter is what makes the first impression.

Birthmothers usually read through many profiles before choosing a family, and that’s why adoptive parents should aim for their letter to stand out. It’s normal that adoptive parents feel anxiety before writing this letter, but we know you can do it!

Here are some tips for writing it that will ease your stress. Tell what you can offer a child. Letter to a Birth Parent. July 19, thednageek 22d Comments.

So, you’ve identified a potential birth parent and you’re ready to reach out. But how? Even if you know with absolute certainty that you’re writing to your birth father, for example, don’t say so.

Say, instead, the equivalent of . In the early days of open adoption, dear birth mother letters were single-page biographies. But the competition, if you can call it that, has heated up, and the number of . Letterbox contact: an example letter for birth parents Since I wrote my post Letterbox contact: a template letter, which helps adoptive parents write contact letters to birth family members, I’ve heard from several birth parents who’ve asked if I can write something similar for them. 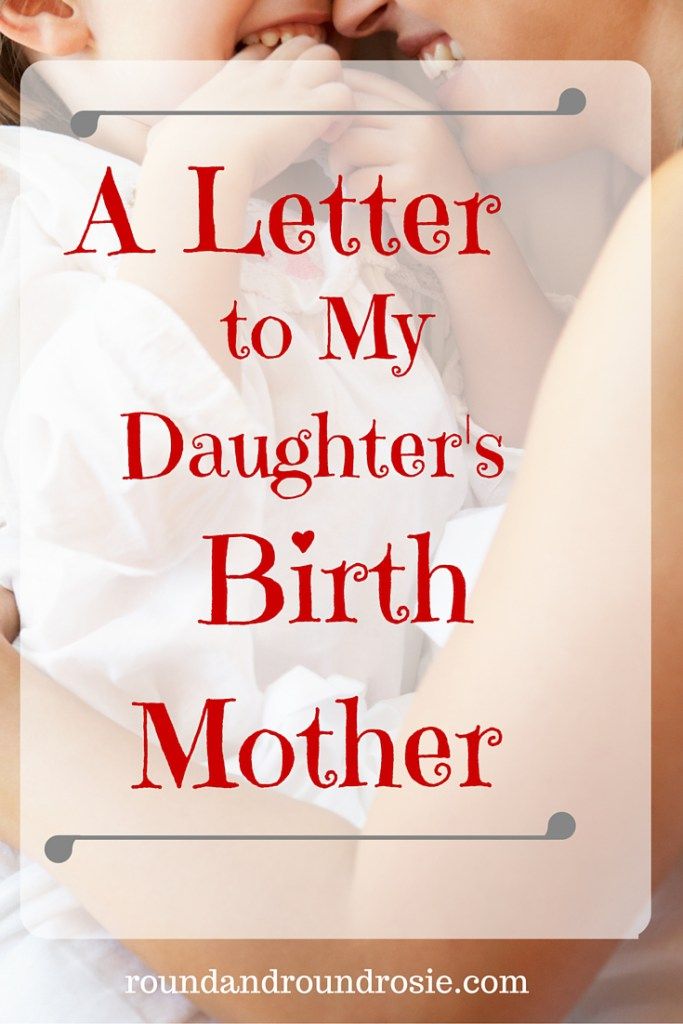